From the Final Fantasy franchise these adorable creatures are mainly NPCs (non playable characters).
Moogle costume is made up of an off white halter dress with back shirring and a red bow, it also comes with a hat, wire frame wings, arm warmers and leg warmers. 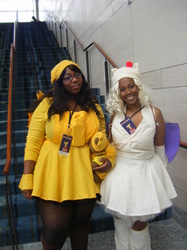 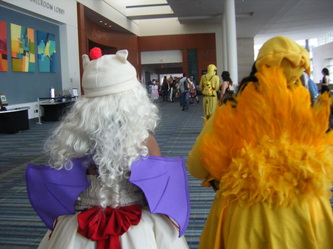 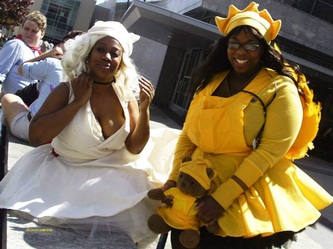 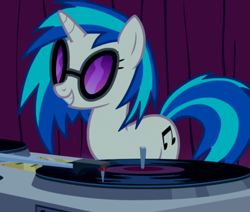 From My Little Pony: Friendship is Magic. Vinyl scratch only appears in a few episodes and is always seen playing the role of Dj at some event or anotherFor this costume the majority of it was store bought.
However the following pieces were made by me. 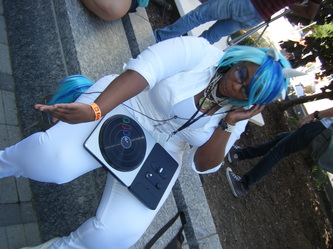 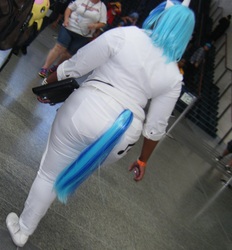 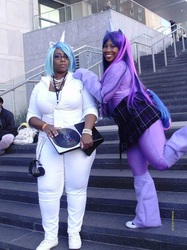 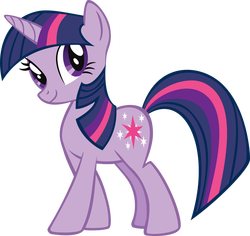 From My Little Pony: Friendship is Magic. Twilight is the main character of the series with each episode centering on a lesson learned by either Twilight or one of her friends

Another costume made up mainly through store bought items, the pieces actually made by me are more like an accessory set including 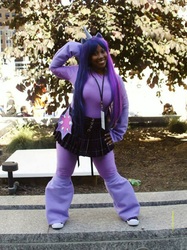 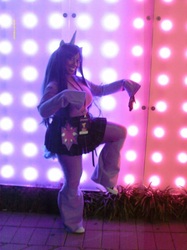 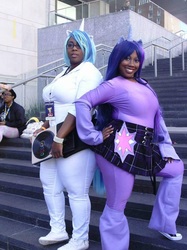 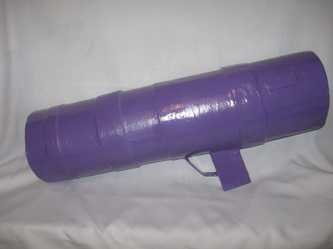 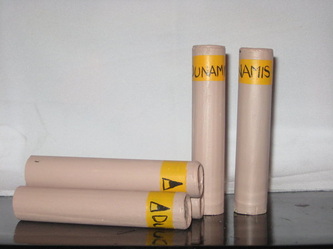 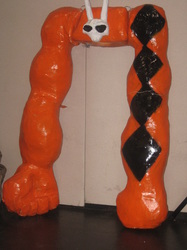